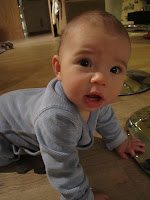 Just when I thought it couldn’t get any more tiring, Stan’s started crawling. Not just shuffling around in circles and cruising on his belly - that went on for a few weeks and was do-able as I just had to scoop him up and point him back into the middle of the baby mat - but really CRAWLING.

Now when I put him down, he makes an immediate and fast beeline for the most inappropriate thing in the room. It’s like he has a sixth sense for danger. 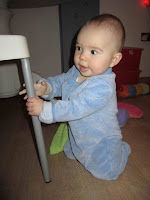 :
In a matter of seconds I’ve turned around to find him:

Why can’t I have one of those babies that doesn’t crawl but just sits. I’ve seen them. They exist!

I won’t even go into detail about the joy of trying to change his nappies now he’s on the move.

Right that’s it I’m off to bed. It’s eight thirty and I’m knackered and I need to store up some energy for tomorrow. 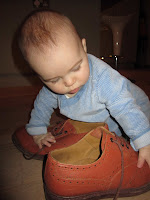 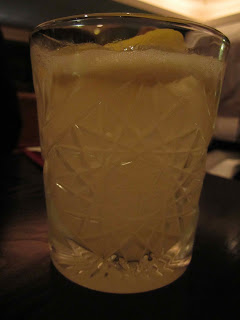 This week I have been mostly eating….

Anyone with a small child at home will know that long, leisurely meals are a thing of the past. In between pureeing Stanley’s meals from scratch (damn you Annabel Karmel), racing home to defrost his lunches and feeding him whatever choice mush of the day is on the menu – there’s not much time left to make and enjoy my own food.

So I was very excited this week when I was invited to try Bryn William’s guest chef menu at Benares, a chance to hopefully have some decent food, in a setting as far removed from baby bibs and beakers as I could get.


Dining at the Bar in Benares


Benares is a longstanding luxe Indian restaurant in Mayfair headed up by Michelin-starred chef Atul Kochhar.

There’s no doubt that this ‘Chef Season in the Bar’ is a clever PR rouse. Guests of the Benares bar are treated to changing tapas-style menus where Atul has included some dishes, the guest chef has added their own contributions, and a couple of signature cocktails have been dreamt up to match. 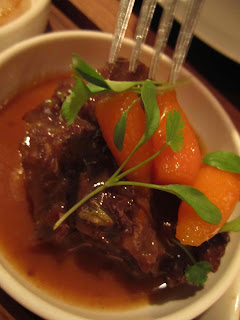 Sitting at a low bar table lit by a Tom Dixon candleholder, with my first cocktail of the evening in my hand (Bryn’s Penderyn Whiskey Sour), I was already starting to get into the wealthy Mayfair vibe. Baby at home? What baby?

Bryn’s dishes came first and we chomped our way through some delicious snacks. Seared scallops with confit chicken wings and Jerusalem artichoke puree was my favourite by far and braised pork cheeks & ginger carrot was cooked to soft, sweet perfection and swimming in a moreish sticky glaze. 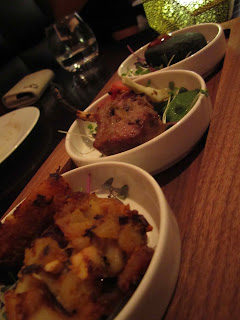 Imagining there was some sort of MasterChef battle going on in the kitchen, Atul’s trio of dishes were served up next.

We were informed later as we toured the restaurant and peered into the kitchen through the window of the spectacular chef’s table that Atul had in fact flown to India for a family event so wasn’t in the kitchen at all. All the same, his capable kitchen staff had turned out more great mini meals: 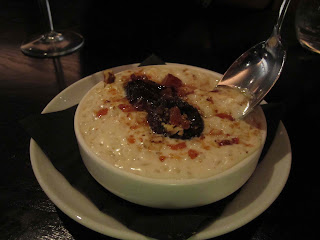 It’s unusual for me to rave about desserts but on this occasion it was Bryn’s final punch – a warm rice pudding with prunes and caramelised walnuts – that won the day. It was warming, wintery and filled with sweet spices that mirrored the Indian dishes that had come before. It was the perfect thing to send my on my merry way back home.

* Foodie Mom in London was invited as a complimentary guest to try the Guest Chef Menu at Benares.

#1 Crush Of The Week – Advent Calendars

I plan to make the 'crush of the week' a weekly feature of this blog thus the #1. I know it’s a bit early to be talking Christmas, but I figured as it’s an advent calendar that I wish to wax lyrical about, I can get away with it. It’s mid-November already people so it’s high time you picked up your countdown to the big day, and, if you’re into Christmas and all its accessories, these two options below are mighty fine:

This pinged into my in-box and I thought it was so irresistible; I couldn’t help but give it a mention. Prestat is a classic London chocolate shop that dates way back to 1902. A favourite of Her Majesty and the late Queen Mother, no doubt Wills and Harry will have a Prestat calendar or two knocking around the palace.

How frigging cool is this? A manicure calendar from British nail fashion brand Ciaté. Behind each door is a different nail polish ranging through their bestselling mini paint pots, caviar blends, and three exclusive paint pot glitter shades. It’s so popular it’s currently sold out online so check back soon.

Visit the website: www.ciate.co.uk
Posted by Jo Aspin at 14:49 No comments:

Seeing as Timorous Beasties' wallpaper is set as the background to my blog, I though it was only fair that they should be one of my first posts.


I heart Timorous Beasties. They make the most awesome patterns. The London Toile is what you see on my blog.

I also have the green version of this across one wall in my house. I could look at this wallpaper forever and not get bored. From a distance it looks like an old-fashioned wallpaper pattern but when you take a closer look you see urban scenes and London landmarks. It also makes a great background for portraits as seen modelled by a one of my friends here.

And their greatness doesn’t stop at The London Toile. They also have brilliant psychedelic patterns and insect motifs.

Timorous Beasties – I salute you. 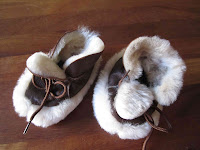 Stanley has about 70 aunts and uncles. This is because all of my friends are now referred to as 'Auntie' this or 'Uncle' that. My sister India is Stanley’s only real auntie on my side. It seems so weird to think of my lil’ sis as an auntie. It’s such a grown up sounding name.
Auntie Kristen (not real auntie) just bought Stanley the cutest ever winter booties from Oliver Bonas and I thought they were worthy of a post. 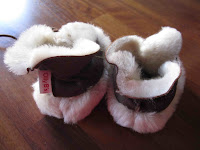 The baby booties are lined with a really cosy cream faux fur and made from real leather on the outside. They lace up at the front which really helps with getting on to small wriggly feet and also helps prevent those small wriggly feet kicking them off again. Such a great Christmas present for a baby!
I tried to find these on the Oliver Bonas website but couldn’t see them. I have just come across these equally snuggly Oliver Bonas Baby Felt Fox Baby Slippers though. Cute!
Thank you Auntie Kristen. xx

An Ode to Abel & Cole - Lentil salad with beetroot, sweet potato and feta 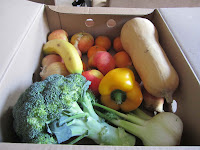 I love Abel & Cole! I started getting their organic fruit and vegetables delivered soon after Stanley was born. Each week a big brown box arrives at my door and it’s like I’ve been sent a lovely organic present. I get the small mixed fruit and veg box which seems to be enough for me and the hubby and it’s also great to be able to make baby Stanley pureed meals that are 100% organic.

The boxes contain weekly recipe cards encouraging you to try new recipes with your produce and the different variety of fruit and veg inspires you to experiment with your meals so much more.

Abel & Cole are like my big extended family. Whenever I’ve spoken to them on the phone, (as well as the time I harassed them on twitter to find out why I hadn’t won their jam recipe competition), they’re always nice and they even gave me a big bottle of olive oil for referring a friend once.

Disclaimer: I have not been endorsed by Able & Cole to write this post I just happen to think they are awesome (genuinely). If you do sign up make sure you let them know I sent you : )

This week my box had some lovely beetroot in. Beetroot is one of my all time favourite vegetables and is just fantastic when roasted. I used these for the basis of my salad. 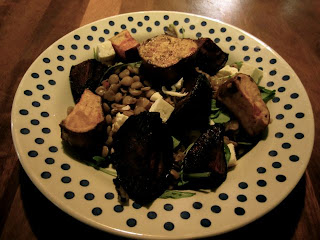 1) Boil the green lentils until soft
2) Chop and roast the sweet potato and beets with chilli powder, cumin, oil, crushed sea salt and pepper
3) Once the lentils are cooked, add the red wine and balsamic vinegar, chopped chilli, mint and lemon. Cook on a low heat for a further five minutes to infuse and then remove from heat and season to taste


4) Add the lentils to the roasted vegetables and serve on a bed of leaves, (I used Able & Cole’s mixed leaves with rocket), and top with crumbled feta and walnuts

Welcome to My New Blog - Foodie Mom in London

Previously found blogging at Foodie in London, in 2012 I had a baby and to coincide with this life-changing event, it seemed my world of blogging needed an overhaul too.

With less time to get out and about in the evening currently, this blog will be a mix of food, motherhood musings and a handful of London restaurant reviews thrown in (the child friendly ones anyway). I’m half American and following in the footsteps of my dear old mom, I kind of think of myself as ‘Mom’ too now, thus the blog name.

Here's a photo of my little pumpkin Stanley at Halloween: 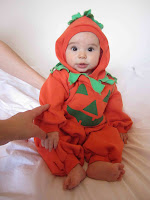