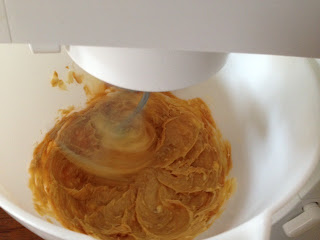 I thought my last trialled recipe for Peanut Butter Cookies was a tad strange as it didn’t contain any flour – surely a requirement for a classic biscuit or cookie?
So, I consulted my biscuit-baking bible – gifted to me by talented cook, professional chef and dear friend to my mother Lani Boucher. Lani very kindly posted me - All About Cookies (by Irma S. Rombauer, Marion Rombauer Becker and Ethan Becker) - when I was at one point planning on opening a café.
This book is a great compendium covering all sorts of classic biscuits, sweets and treats and I am yet to try a recipe from it that has not worked out perfectly. 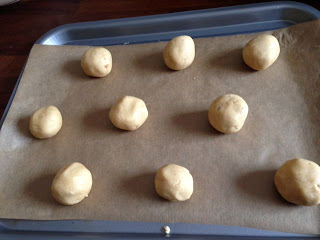 These peanut butter cookies include – 2.5 cups plain flour, 1 egg, 1 egg white, 2 teaspoons vanilla, 1 cup butter, 0.5 cup peanut butter, 1 cup superfine sugar.
Blend the butter and peanut butter in a mixer, then add the rest of the ingredients except the flour and mix some more and lastly add the flour and combine.
Divide the mixture into to and refrigerate for 1 hour minumum.
Preheat the oven to 190˚C
Take tablespoon portions of the dough, roll into balls and place on grease-proofed tray 2 inches apart.
Then, using the bottom of a jar, press down until 1/8 of an inch thick. 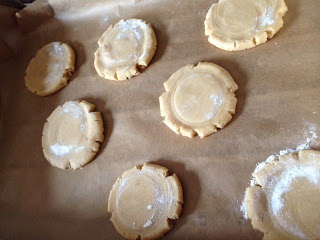 Bake for 8-10 minutes.
The Verdict: A more satisfying peanut butter cookie (compared to previous attempt) with a shortbread texture. An ideal companion for your afternoon cup of tea! 8 out of 10. 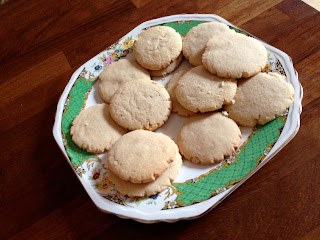